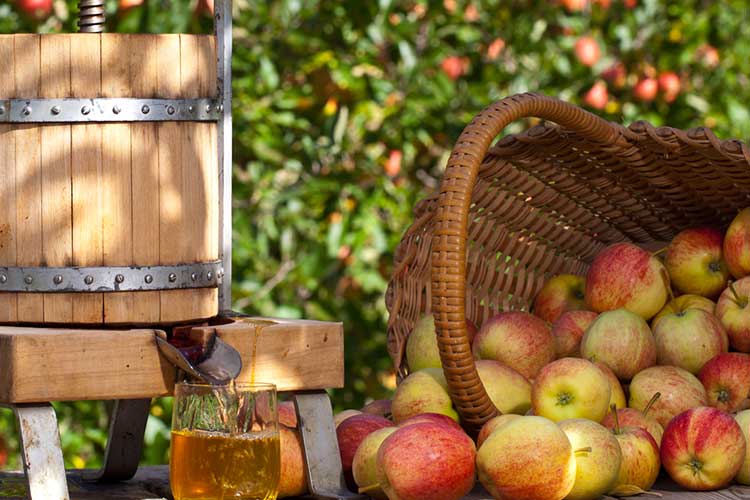 Sweet delicious apple juice, a favorite at breakfast time but can do more than make your breakfast more enjoyable?

Why yes it can!

Apple juice benefits stretch far and wide and can help with everything from keeping your heart healthy to helping prevent Alzheimer’s and even preventing asthma attacks.

So it’s pretty wonderful if you ask me, but keep reading to learn more of the benefits of apple juice.

Is Apple Juice Bad For You

Let’s get something straight, apple juice by itself is not bad for you, or for your kids, drinking excessive quantities of apple juice, however, is bad for.

And it’s better than soda because while it still is high in sugar it’s naturally occurring fructose instead of man-made sugars, and it’s full of vitamins and minerals which are what provide health benefits while soda is just flavored sugar water.

But that doesn’t mean you should drink a lot of it, a glass a day at absolute most is more than enough, any more than that and you’re going to be getting too much sugar in your diet.

And a glass a day is more than enough to start getting the health benefits I’ve talked about below. 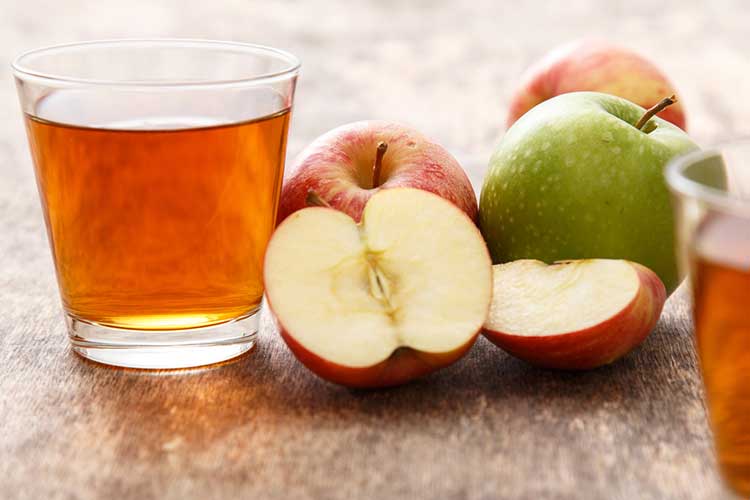 I’ve stuck to the benefits of apple juice that actually have some scientific merit behind them, I don’t want evidence that people have just said I wanted to facts. And I found them, so here are all the scientifically backed benefits of drinking apple juice.

But please don’t give up any medication to start only drinking apple juice instead, think of it as an extra way to be healthy on top of any recommendations your doctor has made.

Apple juice is a great source of flavonoids which are a plant molecule that has been shown to decrease your risk of death from heart disease. Which in my mind can only be a good thing, I guess an apple a day not only keeps the doctor away but can also keep the grim reaper away!

But not only that, apples are a source of potassium, not the best source but still a source, and potassium is thought to control the electrical system in the heart which is what keeps it ticking.

Which means if you drink apple juice alongside a meaty diet it becomes healthier because the cholesterol doesn’t stay in your system.

3. Good For Your Immune System

Apples have a good amount of vitamin C in them which is, I’m sure you know, very good for your immune system. It’s a powerful antioxidant that can keep you healthy for longer and help you keep on top of any bugs that might be going about.

I’m always wary of promising false hope when I talk about anything helping to prevent cancer. So I’ll say that the studies look promising but always listen to your doctor.

To sum up, it’s showing that drinking apple juice is good for you!

5. Good For Your Liver

Apple juice can help detox the liver by helping lower the cholesterol around it, helping prevent it from damage and even stopping the growth of cancer cells.

So drinking apple juice helps strengthen and cleanse the liver leaving you feeling revitalised and ensuring your insides are kept running smoothly.

Alzheimer’s are a huge problem in modern society affecting a large number of the older population and causing all sorts of problems not just for the sufferers but also the sufferer’s families.

anything that can be done to help prevent it seems like a good idea. And apple juice was tested on mice at an equivalent dose of 2 glasses per day and produced a reduction in a protein which causes a “senile plaque” in the brain which is something commonly found in Alzheimer’s patients.

So it won’t stop it completely but it can definitely delay it. And I know I said earlier that 1 glass a day is plenty while the research was on 2 glasses. And to me 1 glass a day still is plenty for most people, it’s up to you whether you want to move up to 2 glasses.

It’s because of a fairly new compound called fisetin which is only recently being hailed for its brain-boosting powers, so if you’ve got a big day on concentration ahead then a glass of apple juice in the morning could be the way forward.

Apple juice and weight loss, a classic combination. Apple juice isn’t the most powerful juice for weight loss but it does still have its advantages. For instance, it’s low in calories for how much nutrition is in it but it’s also a source of sodium which helps your body pass water properly.

And when it’s passing water properly it’s not storing it which is a really common source of weight gain.

This was really interesting to me because I know someone who suffers from asthma, but it turns out that apple juice has been shown to help relieve and prevent asthma attacks, The study was done in children and showed that a higher consumption of apple juice could be linked to helping with wheezing.

But for the rest of us who don’t have asthma apple juice can still be used to increase lung capacity which in turn improves fitness and more oxygen in the body increases a sense of alertness and well being.

So if you’re feeling sluggish apple juice could be the way to go.

Side Effects Of Apple Juice 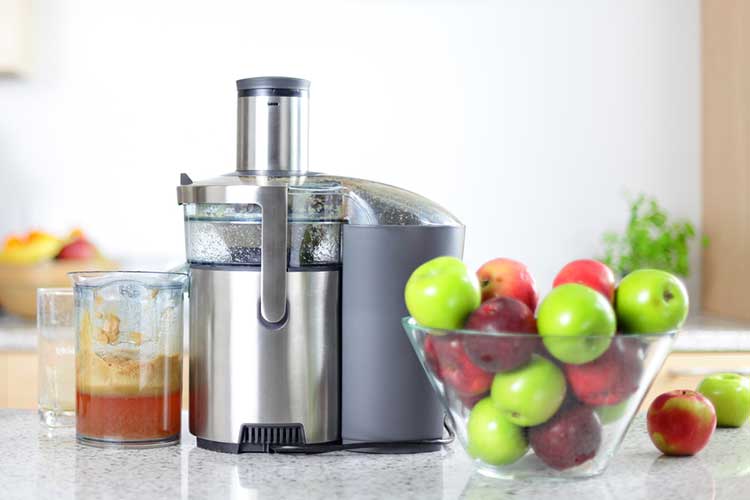 Nothing’s perfect and as always apple juice has some side effects that you’re going to want to keep an eye out for. If you notice any of them happening the stop drinking immediately and switch to water.

Pretty much everything has a chance of causing an upset stomach, and apple juice is no different. It’s important to get unsweetened apple juice because the sweetened stuff is often sweetened with sorbitol which can cause diarrhoea and generally unpleasant stomach symptoms, particularly in kids.

It won’t always but it’s something that can happen so be sure to watch out for it.

Apple juice is a source of oxalates which are a chemical that can block the absorption of calcium which can the build up in the stomach and cause kidney stones to form.

The good news is this is pretty rare, and only people who are prone to kidney stones (you’ll likely know if you are) will be at risk of this happening. But all the same, I wanted you to know just in case. 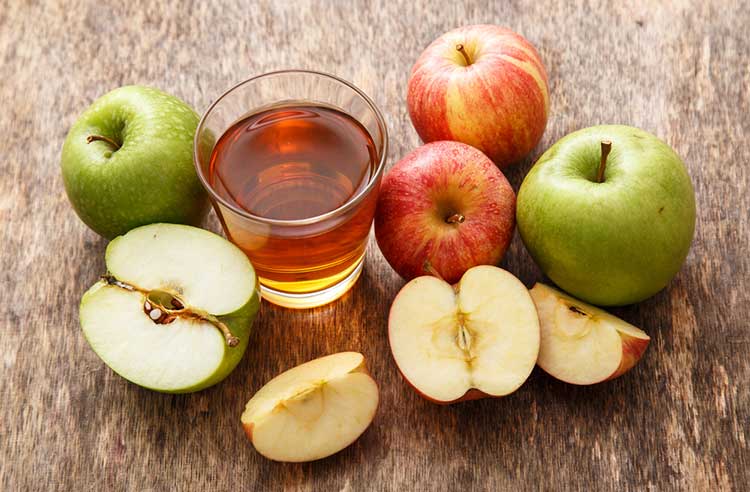 Is there a difference? Are the benefits of green apple juice better than red apple juice?

Well, there are differences between them in terms of nutrition but the differences are so small they’re barely worth talking about. So while green apples have marginally less sugar but red apples have slightly more antioxidants what’s more important is that you drink the apple juice.

There you have it, everything you could possibly want to know about apple juice and its benefits. I hope you found this useful and can start feeling the positive effects of drinking more apple juice straight away. If you’re interested in making your own then you need to read this guide.