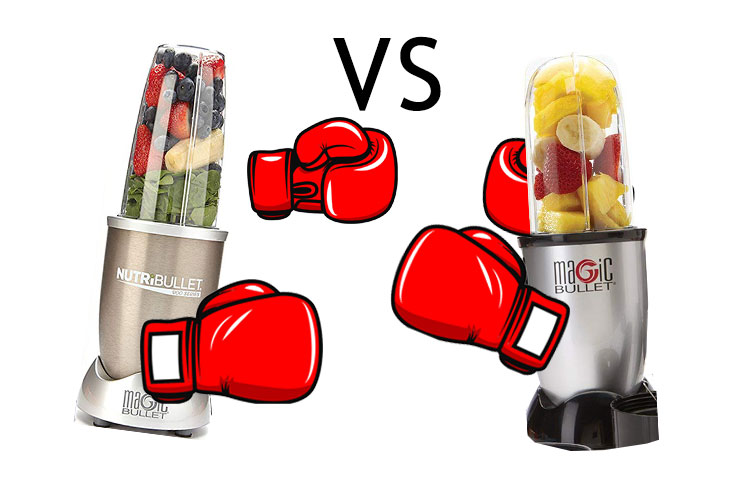 The Magic Bullet or the Nutribullet…

Either way, I’m pleased to hear you’re in the market for one and are ready to make a commitment to your health.

I’ve not long finished reviewing the Magic Bullet and the various models of the Nutribullet so I thought this the perfect time to face them off against each other and compare them.

But how do you compare them? I’ve decided to look at what you need it to do because depending on what you’re going to do with it will dictate which one you need to get.

Because you don’t want to buy a Magic Bullet hoping it will make green smoothies only to find out you would have been better off with a Nutribullet.

So let’s get started.

Which Nutribullet Is Best

First off, there are four different models of Nutribullet, just to make things confusing, so we need to decide what one we’re going to compare.

Let’s take a quick look at the specs of each then read on for details on what you can do with each.

This means it’s just not as good at blending, hence the lower price, and the Nutribullet 900 has a max capacity cup of 45 oz while the Magic Bullet has 18 oz of space.

Where The Magic Bullet Wins 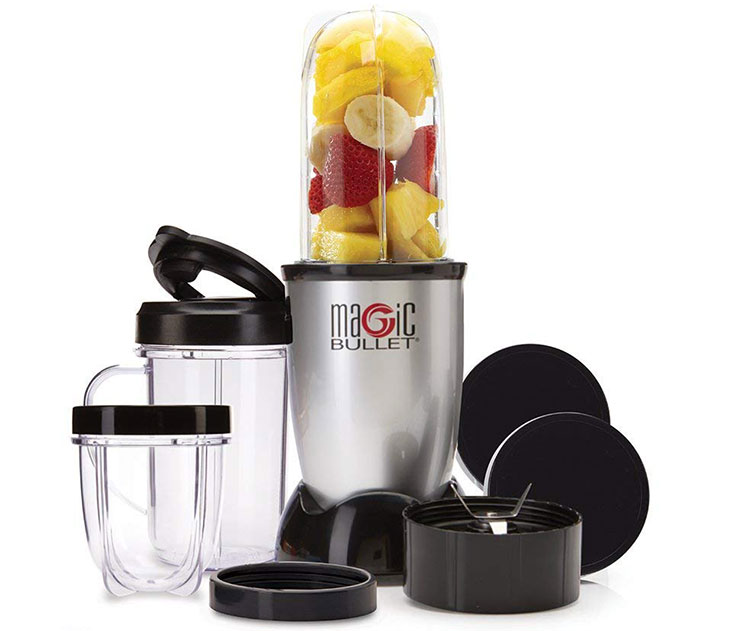 The big question, what do you want to use it for, most people want smoothies to take on the go but the question comes up of what type of smoothies? It makes a surprising difference.

Everyone loves fruit smoothies, a big dose of fruit in the morning is such an empowering way to start the day, it leaves you feeling great and ready to go.

Fruit tends to be quite soft, even hard fruit like apples tend to blend quite easily so you don’t need as much power. This means the Magic Bullet is a perfect choice for fruit smoothies because it’s low power can handle them no problem at all.

Plus you can save money because you don’t need the extra power the Nutribullet offers, unless of course you also want the extra blending capacity.

Protein shakes are also easy to make in a bullet blender, you can mix the powder in with your smoothie or mix it up with milk or water as normal. The problem, of course, being if you make it in a hand shaker you get always get left with big dry lumps of powder that have refused to mix.

But when you Whizz it up in a bullet it mixes fully and in no time at all (though some gets stuck to the sides but it doesn’t affect the taste or consistency).

Where The Nutribullet Wins 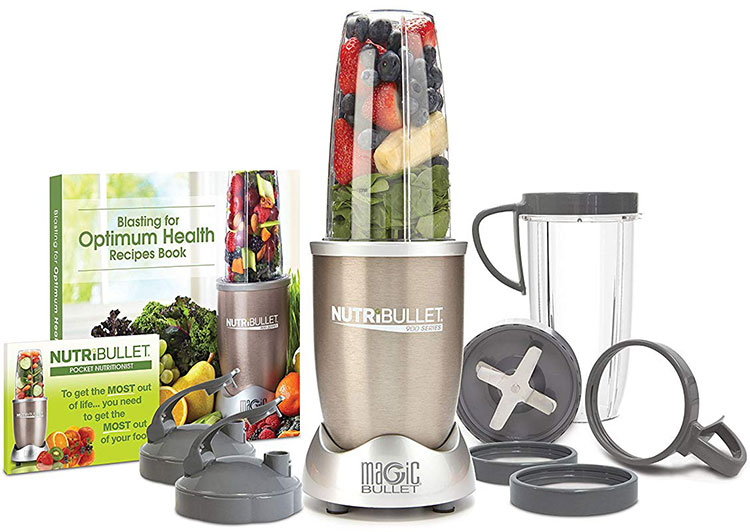 Short answer: Everywhere. Because it can make smoothies better than the Magic Bullet and can certainly handle protein shakes, but it didn’t seem fair to completely slam it because it is cheaper so I’ve tried to take that into consideration.

Green smoothies are a lot tougher to make because vegetables tend to be a lot tougher, especially kale stalks. Kale stalks are healthy but they can be really difficult to blend if you don’t have enough power. And of the two a Nutribullet is definitely going to be better at dealing with greens.

The extra 650 watts are exactly what you need to tear through tough greens to be left with a nice smooth green juice. However, the pro isn’t perfect at it and you might actually want a more powerful Nutribullet if this is what you want.

Again you’d think throwing some ice into a smoothie wouldn’t be a problem, but you need a surprisingly powerful blender to handle breaking up ice.

Because of this you, of course, want the Nutribullet if you’re going to be blending up frozen drinks at all, even margaritas, the extra blending power will serve you well while you serve up a delicious frozen drink.

So what’s it going to be? Nutribullet or Magic Bullet?

Hopefully the above guide helped but if you’re still stuck here’s the bottom line.

Who should buy the Magic Bullet

Who should buy the Nutribullet?

People who are serious about their health and want to start making healthier choices. Great for smoothies of every variety, it can handle what you need it to.