Juicing a fruit should be an obvious and smooth action, right? After all, fruits, unlike vegetables, have a lot of juice, and a quick squeeze should get the liquid flowing right out.

This article will look at how to extract juice from pomegranate seeds and share some of the top recipes you can use to enjoy pomegranate juice. 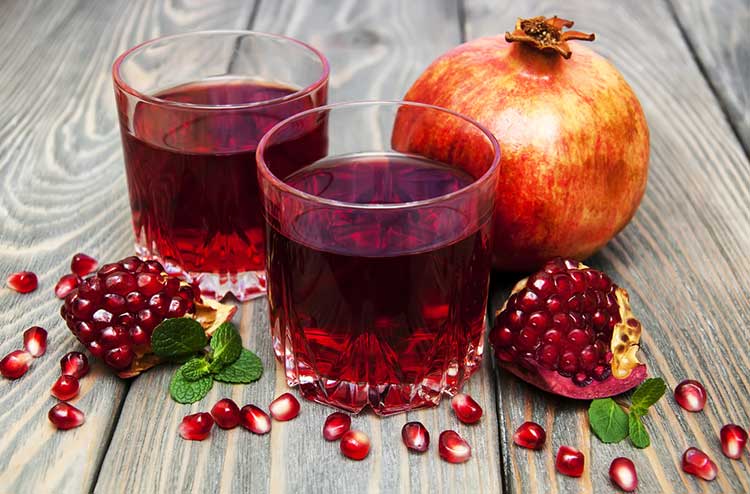 How to Juice a Pomegranate

Juicing a pomegranate starts with seeding the fruit first. This is the process of removing the seeds from the rows inside the fruit. The seeds are typically red in color and plump when they are ready to be juiced.

There are two methods of seeding a pomegranate, and one is not better than the other; it is just a matter of preference.

Here’s a video that shows how to open a pomegranate:

Now that you have gotten the seeds ready, it is time to juice them.

Alternative Method of Juicing a Pomegranate

Here’s another method if the above strategy doesn’t work for you:

Pomegranate contains higher levels of antioxidants compared to most of the other fruits you consume. The juice of one pomegranate fruit contains 40% of the required daily vitamin C levels. The high amounts of antioxidants help with cognitive issues like memory because it eliminates inflammation of brain cells. Inflammation mainly occurs because of oxidative stress caused by free radicals. Antioxidants combat free radicals.

Pomegranate juice is also considered the healthiest juice for the heart. Once again, it boils down to its high concentration of antioxidants that prevents oxidative damage to the arteries in the heart.

Drinking pomegranate juice is an effective way of consuming the fruit if you do not like to eat the seeds. However, there are other fun ways to consume pomegranates.

This recipe involves whole pomegranate seeds which have been infused into a dessert. It is a combination of chocolate and pomegranate.

Pomegranate juice is easily enjoyed on its own, but how about having it with a little twist? Here is a simple but delicious recipe for a cocktail.

Pomegranate Juice in a Punch

Punch is a crowd favorite and one of the best ways to infuse pomegranate into a party drink. Because it has multiple layers of flavors, the pomegranate taste may not stand out, but the seeds’ tartness can linger on the tongue for slightly longer.

Mix everything and serve chilled. You can also drop in some bits of fruit like pineapple, cherries and orange slices.

Pomegranate juice is not only delicious; it is packed with plenty of health benefits. It helps with:

Juicing a pomegranate is easy because it doesn’t need much effort once the fruit is seeded. However, keep in mind that you may be allergic to pomegranate. Such people experience swelling, itching, and running noses when they ingest pomegranate juice. This can also happen when you drink too much pomegranate juice.